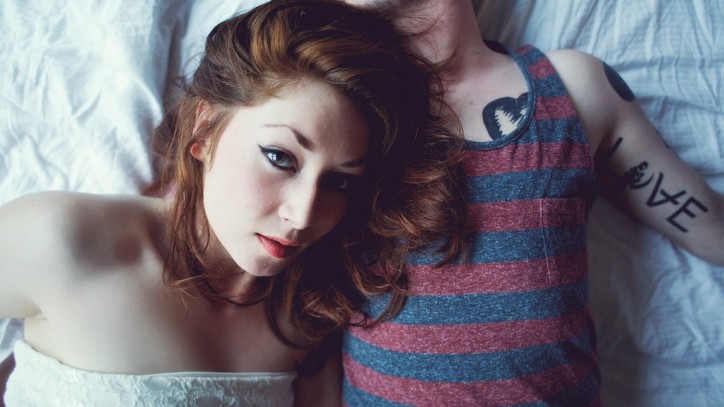 If you look through my Flickr stream, you will see that since 2009 only a handful of the photos I’ve taken have been self portraits. Generally I avoid being in front of the camera (unless it’s Instagram, but those filters seemingly make anything forgiving). I find self portraits too finicky, and they usually result in me hating my face or body. Basically, self portraits are not my favourite form of photography to explore.

Occasionally, though, Rick and I talk about the need for a project that coerces us to pick up our cameras. Enter Seven Days of Self, a mini project that involved us taking a self portrait for 7 days. Simple. But this time we had people vote on themes, which were decided on the day. This generally left little time to plan and get the shot out there. By the way, I never have worked well under pressure.

Here are some facts:

Rick and I didn’t discuss the concepts in any detail, so we didn’t have much of an idea what each other were shooting. This made the big reveal quite interesting, and they always turned out so differently.

Here are the themes from all seven days. If you click on them it will take you to my Flickr, where there is a more in-depth description of each photo.

Thank you to everyone who voted! Despite not loving some of my shots, I think the project was a success based on the reactions of other people and how involved some of you got, not to mention that it encouraged me to attempt something a little different.

I’ve also included Rick’s photos from the project here. It is pretty obvious which ones are his ‘cos he has a beard.